Experience the village charm and ambiance of one of the most sought after locations in Mountain Brook while enjoying close proximity to lovely Mountain Brook residential neighborhoods, Five Points South, UAB, Highland Avenue and Forest Park.

Benefit from being part of the strong brand of this prestigious location and the long and distinguished history of English Village.

Located in one of Alabama’s premier neighborhoods, English Village offers businesses the atmosphere and location that attracts customers looking for unique shopping, dining and lifestyle experiences.

English Village, along with Mountain Brook Village and Crestline Village, is one of three “village” commercial districts in Mountain Brook. English Village is located on the southern slope of Red Mountain, along Cahaba Road around 20th and 21st Avenues South, in a small spur of northwest Mountain Brook surrounded largely by the Birmingham city limits.

English Village formed in the 1920s and 1930s near the site of the older Hedona mine camp and Birmingham Mineral Railroad stop. It originally hosted four filling stations, two grocery stores, and a dairy store. In 2006, Mountain Brook began examining the possibility of having English Village designated as an historic district. The nearby neighborhoods of Redmont Park, Altamont, and Hollywood are already designated as historic districts. 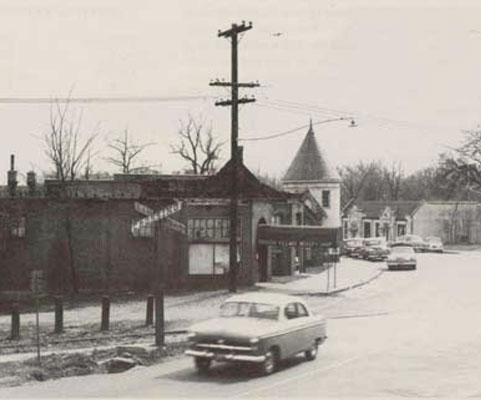