With first floor commercial space across the street from Highlands Bar and Grill, The Dulion and LaSalle have great exposure to the high end clients your business wants to attract.

With dozens of restaurants, bars, coffee shops, theatres and venues in Five Points, get your business unmatched exposure to potential customers.

Five Points South continues to be one of Birmingham’s top entertainment districts. Put your business in the heart of the action at Pickwick Place.

Enjoy the benefit of being in Birmingham’s best-known, oldest entertainment district. Set up your business in two of Birmingham’s oldest high-rises!

History of the Dulion and LaSalle

Built in the 1920’s, The Dulion and LaSalle are two of Birmingham’s first “skyscraper” commercial apartments. Built Brooke B. Burnham, The Dulion became one of Birmingham’s premier residential communities at the height of the Roaring 20’s. At 8-stories, this was the first of the “skyscraper” commercial apartments in the area and featured inviting storefronts along the 11th Avenue sidewalk.

The LaSalle was built in the late 1920’s by Gallup & Joy. This nine-story apartment building joined the Dulion as a stylish accommodation to a housing shortage at the end of the Roaring 20’s. Designed in a French Renaissance Revival style, the red brick building has a scored stucco facing on its lower and top stories and terra cotta medallions above the arched entries. The LaSalle’s architect, S. Scott Joy, was renowned for many of the homes he designed throughout Birmingham that were noted for their Prairie Style characteristics; by 1926 he had moved his practice to Chicago.

Throughout their 90-plus-year history, The Dulion and LaSalle have remained thriving apartment communities with second-to-none commercial space located in one of Birmingham’s most vibrant and historic entertainment districts. 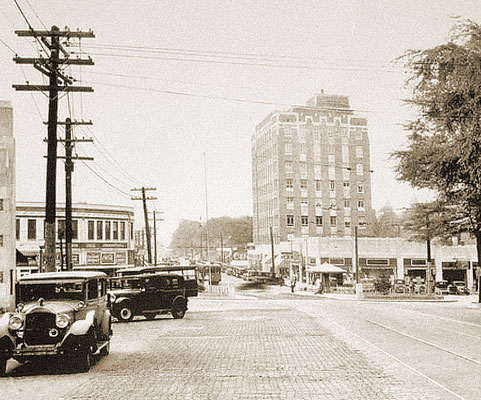